Reasons for firms to steer clear of Saudi Arabia

Reasons for firms to steer clear of Saudi Arabia

SchumpeterReasons for firms to steer clear of Saudi Arabia

The palace interferes in all aspects of Saudi life, including business 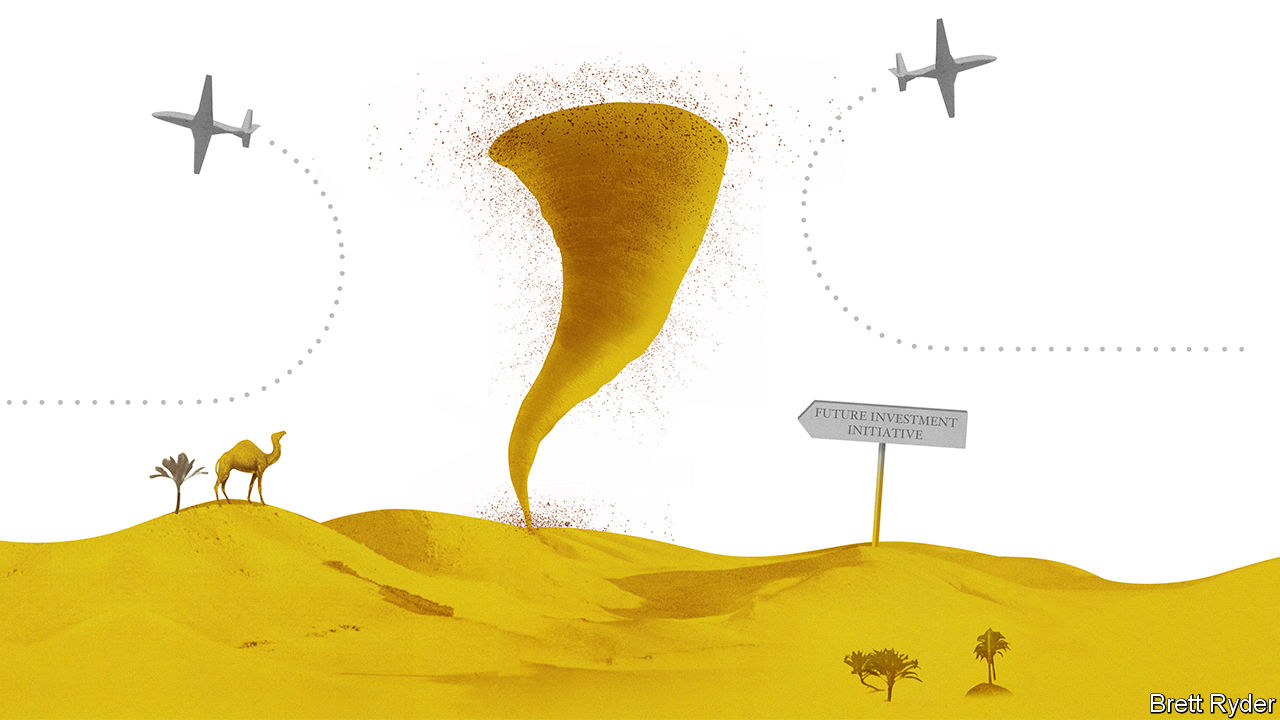 IT IS EASY to forget how new Saudi Arabia is to the modern world. The man who founded the kingdom in 1932, Ibn Saud, is said in his early days to have carried his landâ€™s entire treasury in the saddle bag of a camel. When Americans struck oil in 1938, Ali al-Naimi, who almost 60 years later would become the worldâ€™s most influential oil minister, was a shoeless urchin tending lambs in the desert.

Get our daily newsletter

Upgrade your inbox and get our Daily Dispatch and Editor's Picks.

Companies hoping to do business with Saudi Arabia have often tripped up on these shallow roots. Seduced by its vast oil wealth, and impressed with American-educated ministers speaking perfect English, they find to their dismay that the palace and its robed courtiers still call almost all the shots. But they still never expected to face such medieval horror as the presumed killing of Jamal Khashoggi, a Saudi journalist, regime critic and Washington Post columnist, in the Saudi consulate in Istanbul on October 2nd.

The kingdomâ€™s crown pri nce and de facto ruler, Prince Muhammad bin Salman, and his champion, President Donald Trump, are attempting to play down Mr Khashoggiâ€™s disappearance. But for businessmen and bankers who have flocked to pay homage to the 33-year-old Prince Muhammad ever since, in 2016, he set out his â€œVision 2030â€ to modernise the economy, the optics are dreadful. His desire to sell a stake in Saudi Aramco, the worldâ€™s largest oil company, valuing it at $2trn, in order to raise a whopping investment fund to diversify the economy away from oil, seduced some of the planetâ€™s biggest dealmakers. Now they have no choice but to consider the reputational risk of associating with a regime that not only may have blood on its hands in Istanbul, but is also waging a war in Yemen that has caused a humanitarian crisis.

In fact, they can signal their revulsion over the fate of Mr Khashoggi at relatively little cost. Saudi Arabia, for all of its oil wealth and with the exce ption of the arms industry, is not as important to Western companies as it thinks it is. The kingdom may have convinced Mr Trump, who made his first overseas visit there as president, that it is a bulwark against Iranian expansion in the Middle East and a force for moderate Islam. But in business terms, besides being the ringleader of OPEC, the oil bloc, Saudi Arabia remains insignificant. Foreign direct investment averaged $5.7bn a year in the past three years; that is about the same as went into Kazakhstan. Since 2015, the Saudis have paid investment banks just one-seventh of what the latter have earned in the Middle East overall, according to Dealogic, a data provider.

As a result, it did not take long, in response the Khashoggi affair, for the heads of some of Saudi Arabiaâ€™s biggest foreign business partners to pull out of an investment conference, nicknamed Davos in the desert, to be held next week in Riyadh. They include Jamie Dimon, boss of JPMorgan Chase, which has b een the kingdomâ€™s banker for more than 80 years; John Flint, head of HSBC; and Stephen Schwarzman, boss of Blackstone, a private-equity firm which has been promised up to $20bn in Saudi cash for a big investment fund. Dara Khosrowshahi, boss of Uber, a ride-hailing firm that received $3.5bn in Saudi investment in 2016, also pulled out. (So did the editor of this newspaper.)

The first Davos in the desert, a year ago, was Prince Muhammadâ€™s coming-out party. It attracted 3,500 business, financial and political bigwigs, and then left a bad taste in the mouth when less than two weeks later he locked up a coterie of Saudi princes and businessmen in the same Ritz Carlton hotel where the foreigners had stayed. This year, the promised Aramco initial public offering has gone awry, chiefly because of mismanagement by the palace. Instead, the oil company may need to borrow as much as $50bn on global markets to fund its acquisition of a stake in Sabic, the state petrochemicals company. The sale of this stake is the new route for funding Prince Muhammadâ€™s investment ambitions.

He is known not to forget a slight; just ask Chrystia Freeland, Canadaâ€™s foreign minister, who incurred his wrath after a relatively routine tweet about human-rights abuses in the kingdom. But Aramcoâ€™s need to borrow money means that he may now need the worldâ€™s bankers more than they need him. And they have safety in numbers. The more people who pull out of next weekâ€™s conference, the less risk that any of them can be blackballed individually.

For sure, some businesses have more to lose if Prince Muhammadâ€™s reputation deteriorates further. The $100bn Vision Fund of Masayoshi Son, founder of SoftBank, a Japanese telecoms and internet firm, took $45bn of the kingdomâ€™s cash in 2016, ploughing it into young tech businesses, including Uber. Mr Son has said nothing about the Khashoggi affair. Nor have defence firms such as Americaâ€™s Lockheed Martin and Boeing and Britai nâ€™s BAE Systems, which are presumably counting on orders from Saudi Arabia, the worldâ€™s second-largest weapons importer. Two giants, ExxonMobil and Dow, have chemical investments with Aramco, which they can plausibly argue is a firm operated by world-class technocrats at armâ€™s length from the palace. American social media, led by sites such as YouTube and Facebook, have flourished in the kingdom. But though Prince Muhammad cherishes photo ops with tech royalty such as Facebookâ€™s Mark Zuckerberg and Googleâ€™s Sergey Brin, the region generates only skimpy revenues for Big Tech. Retailers are also drawn to Saudi Arabiaâ€™s youthful population.

Perhaps the biggest risk companies face in doing business with Saudi Arabia is from Americaâ€™s Congress. Repulsed by the latest incident, on top of the war in Yemen, even senior Republicans are threatening to impose sanctions on the kingdom and curbs on future arms sales, if Saudi Arabiaâ€™s responsibility for the suspected killin g of Mr Khashoggi is proven. But business has rather little to lose from signalling its disgust over the Khashoggi affair. As long as the palace thinks it can interfere with impunity in every aspect of life in the kingdom and among its subjects, it is not a safe place to be. That is why few foreign firms dug in deep in the first place.