Saudi Arabia has agreed to give Pakistan $3bn for a period of one year as the South Asian country faces an economic crisis marked by a mounting balance of payments deficit and dwindling foreign currency reserves.

The Gulf kingdom also pledged an additional loan worth up to $3bn in deferred payments for oil imports, Pakistan's foreign ministry said in a statement on Tuesday.

Khan also attended a high-profile investment conference that opened in the Saudi capital on Tuesday.

"It was agreed Saudi Arabia will place a deposit of $3bn for a period of one year as balance of payment support," Pakistan's foreign ministry said.

The additional deferred payment facility for oil imports will be in place for three years, which will be reviewed thereafter, the ministry stated.

Pakistan's government, led by cricketer-turned-politician Khan, inherited a mountain of economic challenges when it came to power in July.

Before departing for Riyadh, Khan had said his country is "desperate" to shore up its foreign currency reserves, which are at a four-year low of $8.4m.

Pakistan is currently facing a balance-of-payments crisis - with a nearly $18bn deficit, according to the latest figures by the State Bank of Pakistan, whil e its public sector debt stands at $75.3bn - which is 27 percent of Pakistan's gross domestic product.

"The immediate concern for our government is to increase exports, bolster our foreign exchange reserves; getting Pakistanis to send remittances through the banking channels," Khan said during a session at the Future Investment Initiative (FII) conference in Riyadh.

"At the same time, clamping down on money laundering, which is a problem in most of the developing world."

Pakistan has a close economic and strategic relationship with Saudi Arabia, which is home to at least 1.9 million Pakistani expatriate workers.

The kingdom tops the list of countries with the highest remittances sent to Pakistan.

The agreement comes weeks after Pakistan's Finance Minister Asad Umar announced that Islamabad had requested talks with the International Monetary Fund (IMF) in an attempt to alleviate the economic crisis.

An IMF team is due to visit Pakistan to kick-start the negotiations on November 7.

If an assistance package is agreed on, it would be Pakistan's second IMF bailout in five years, and its 13th since the late 1980s.

During his address at the business summit in Riyadh, Khan confirmed that Pakistan was also in talks with the IMF for financial assistance.

"Right now we need loans to go through this difficult period of servicing our debts," said Khan.

"We are hoping to do a bit of both - to get some loans from the IMF and friendly governments," he added, "We have a tough period for the next three to six months."

The Riyadh summit, nicknamed "Davos in the desert", has been overshadowed by growing global outrage over the murder of journalist and Saudi government critic Jamal Khashoggi.

Leading policymakers and corporate chiefs have shunned the conference in response to the death of Khashoggi at the Saudi consulate in Istanbul - a scandal that has tipped Riyadh into a diplomatic crisis. 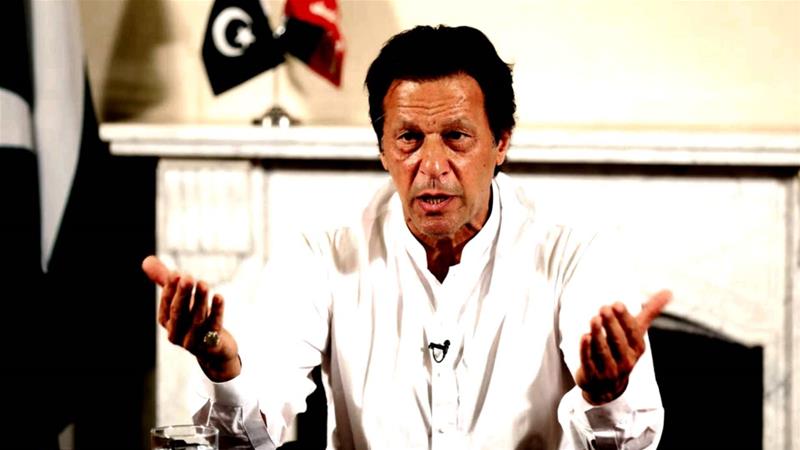